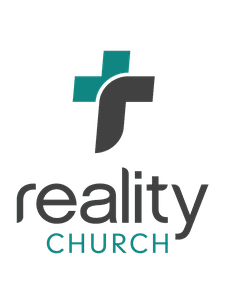 Why Not Chose Sin?

In one of the most famous parables Jesus tells, a young man who wants to live his best life now boldly asks his father for his inheritance before the traditional “until-death-do-I-part agreement.” Shockingly, the father grants his request and the son packs his bags and moves to a distant land where he spends all his money on wild living. But it gets much worse. At the very time his money runs out, a severe famine sweeps over the land. Desperate and starving, he begs for a job as a pig feeder where he begins salivating over the very food he’s feeding them. A.k.a Rock Bottom.

We’ve all found ourselves here–stuck in the pigsty.

…stuck with the fruit of all our bad decisions,

…stuck with all our regret, shame and sins,

…stuck with nowhere to look but down.

We’ve all been lured away (or are still being lured away) by the promises of the distant land that creating enough real-estate between you and your problems and your people will solve everything.

We’ve all fallen (or are still falling) for the lie that enough money can fill that void, that longing, that desire, that emptiness.

But what do you do when you find yourself here?

Here’s the part of the story of the prodigal son, for some reason, that always gets overlooked.

It’s the part that actually gets him out of the pigsty.

“When he finally came to his senses, he said to himself, ‘At home even the hired servants have food enough to spare, and here I am dying of hunger! 18 I will go home to my father and say, “Father, I have sinned against both heaven and you." Luke 15:17-18.

When he finally came to his senses. That’s it! That’s how he was able to pick himself up by his bootstraps and begin finding his way out of the pigsty.

The pigsty in Jesus’ story represents that place where you stay because you don’t think you are worthy of your fathers love, forgiveness, purpose, plans, redemption. Ironically the pigsty can also become the place where we can get way too comfortable in–where we start to feel safe in our own filth so to speak.

Where we begin to believe that’s where we belong.

But we don’t belong in the pigsty. We belong to Jesus.

And Jesus is our Heavenly Father who’s been keeping the light on, who’s been looking out over the horizon for us ever since we left.

And he’s the one who’s going to be running full speed at us and embracing us before we can let a word out.

So my friend. Come to your senses. Go back to the only one who has what you need.